This is a 100-word story for the Friday Fictioneers weekly blog challenge hosted by Rochelle Wisoff-fields.

I took the photo she used for the challenge.

Kassidy Spence, our hero in the paranormal/urban fantasy novel They All Died Smiling, used to entertain herself by writing stories and her family by telling stories. Her Aunt Beck started a weekly tradition of Family Storytelling Night, during which everyone took turns telling a tall or true tale. You won’t get any of that in the book, but thanks to this writing challenge, you get to know Kassidy and Russ, an FBI Agent in the book, a little better as kids 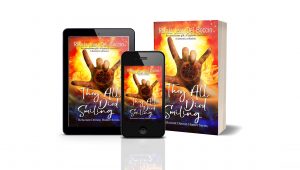 During family story night, everyone but Russ fixed their attention on Kassidy as she continued her tale.

“The orb descended, casting an eerie, green light all around.”

“A ramp protruded from the glowing globe. It hit the ground with a thud. A six-legged metallic alien descended. Clang-clang-clang-clang. Red beams shot from its eyes as it searched all around.”

“Then, the creature spied what it sought. A boy wandering in the woods. It crouched and ATTACKED!”

She pounced on Russ. He screamed. Everyone but him laughed.

Get more free stories, starting with the Forbidden Chapter of They All Died Smiling, which my pu-8bp9sherpublisher refused to print, using the form below or by visiting InnerGuidanceOnDemand.com/freestories