Welcome to another “flash fiction” story, a complete tale in u100 words or less. 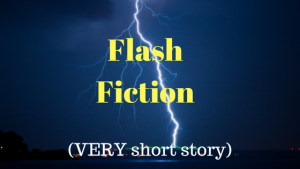 If you want totry your hand, feel encouraged to come play! It’s one of the very best ways to improve your writing skills.

lus, you get the satisfaction of comploeting a whole story in ot that much time.

Genre: Mainstream/paranormal. No demons in this story, but it’s from the sequel to they All Died Smiling, a paranormal/urban fantasy novel. 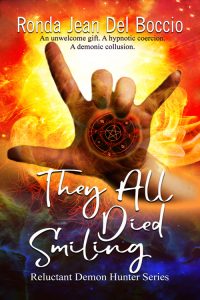 Note: In this story, Reluctant Demon Hunter Kassidy Spence is back in the Ozarks for her cousin’s engagement party in Crane, Missouri. Aunt Beck and David, whom you’ve met in previous Friday Fictioneers flash fiction stories, feature with Kass in this story.

Get your copy anywhere you buy books.

Aunt Beck scrutinized her. “You look plum wore out.”

“I’ve tussled with…” she counted on her fingers, gave up. “a passel of demons in less than a week.”

“We still need to have that talk.”