elcome back to another Write On Purpose book review. Each week, I review a well-written book, highlighting what makes it good from the reader’s perspective and what writing skills and techniques make it an irresistible read. Thus, each review serves both writers and readers.

Yes, I said “Amish science fiction.” Have you heard of it?

It sounds like a strange combination, doesn’t it? Yet in the hands of a skilled wordsmith, it can definitely work.

Here’s the book description from Amazon: 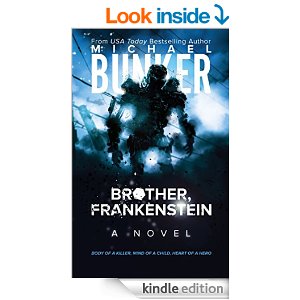 The HADroid was supposed to be a military grade robot with the transplanted heart and brain of a human donor that would “transform” into a devastating state of the art war machine when activated by its onboard human operator.

But when the mad doctor steals the dying child of a simple Amish couple and transplants the brain and cardiovascular system of their dying eleven year old autistic son into the incredibly lethal robot the dark forces of government come looking for their investment. Dr. Alexander and the monster escape into another Amish community to hide among the plain folk while Frank, the autistic eleven year old boy trapped inside the body of the world’s most deadly robot, befriends another child who will help the prisoner inside the machine to leave the world of autism and understand what it means to be human and Amish.

But tensions arise among the plain and pacifistic yet closed minded Amish as they begin to suspect just what kind of technological monstrosity is hiding among them, and before long hard men who do the government’s most dirty deeds will come looking for a killing machine only to find a boy named Frank who has the power to defend a closed society from the worst of the world.

Did I think reading Brother, Frankenstein  was a good use of my time?

Read my 5 star review of Brother, Frankenstein on Fmazon

As I often say, “I don’t usually read this type of book.” I’m not a big fan of apocalyptic books in general, but this book was so good I’m glad I read it.

Why this book worked for me

I loved reading a book in which the POV character is a sociopathic doctor. Usually, a book follows the “good guy.” This time, you just KNOW it’s going to go from bad to worse, yet knowing that, and knowing it’s a twist on Frankenstein’s monster, takes absolutely nothing away from the reading.

Many science fiction books are technology focused, hence SCIENCE fiction. This book certainly has science and technology, but the characters drive the storytelling. You get to watch the megalomaniacal doctor Chris Alexander make a catastrophic choice live with the harm he causes.

Dr. Alexander is an interesting character. Bunker tells his story masterfully. This book sticks with me after reading, providing a “book hangover,” as we call it.

I also loved the combination of the plain lifestyle of the Amish with the high tech world. Frank, the autistic Amish boy who becomes the world’s most powerful weapon, provides a complex and fascinating backdrop for the catastrophe to come. Rescued from death by the sociopathic doctor, he becomes everyone’s worst nightmare.

Bunker wrote the book in present tense, adding an urgency to the apocalyptic tale When poorly done, present tense distracts. Here, it’s only noticeable to me because I am an author looking for the elements of craft as well as an enjoyable read. It will not detract from the story in the least.

Character development is important to me as a reader. I found even some of the minor characters interesting. 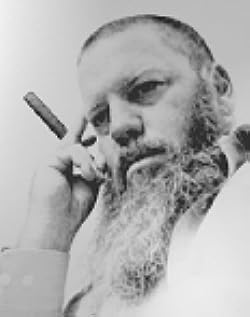 Michael Bunker is a USA Today Bestselling author, off-gridder, husband, and father of four children. He lives with his family in a “plain” community in Central Texas, where he reads and writes books…and occasionally tilts at windmills.Michael is widely considered the “father” of the Amish/Scifi genre but that isn’t all that he writes. He is the author of several popular and acclaimed works of dystopian sci-fi, including the Amazon top 20 bestselling Amish Sci-fi thriller the Pennsylvania Omnibus, the groundbreaking dystopian vision Hugh Howey called “a brilliant tale of extra-planetary colonization.” He also has written the epic post-apocalyptic WICK series, The Silo Archipelago (set in Hugh Howey’s World of WOOL,) as well as many nonfiction works, including the non-fiction Amazon overall top 30 bestseller Surviving Off Off-Grid. Michael was commissioned by Amazon.com through their Kindle Worlds and Kindle Serials programs to write the first ever commissioned novel set in the World of Kurt Vonnegut’s Cat’s Cradle. That book is entitled Osage Two Diamonds, and it debuted on Dec. 17, 2013.Michael has been featured on NPR, HuffPost Live, and Ozy.com and was recently interviewed in a Medium.com article that will give you more background and insight into his life and works… http://bit.ly/17YbE63.

Michael recently joined with hybrid bestselling author Nick Cole (author of The Wasteland Saga and Soda Pop Soldier,) Social Media whiz Rob Mclellan of Thirdscribe.com, and book marketing guru and coach Tim Grahl (author of Your First 1,000 Copies) to form a new company called Wonderment Media. Wonderment is launching a new apocalyptic world called Apocalypse Weird and is bringing on dozens of the best and brightest authors in speculative fiction to write books in the Apocalypse Weird world. Attempting something that has never been done before in digital publishing, AW launched with a free teaser novel on November 28th of 2014 (Nick Cole’s – The Red King) and launched five full novels in the AW world on the same day – February 23rd, 2015. AW now publishes two new AW books every month! Michael Bunker and Nick Cole wrote the apocalyptic novel TEXOCALYPSE NOW as part of the Apocalypse Weird world.

Readers who subscribe to Michael’s newsletter get free copies of his books, usually before they’re published: http://michaelbunker.com/newsletter

If you are an author 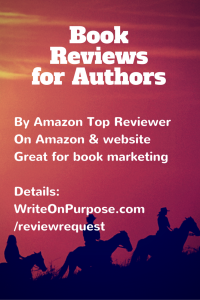 You could be making your family SICK and you don't even know it, but food safety has never been so FUN!